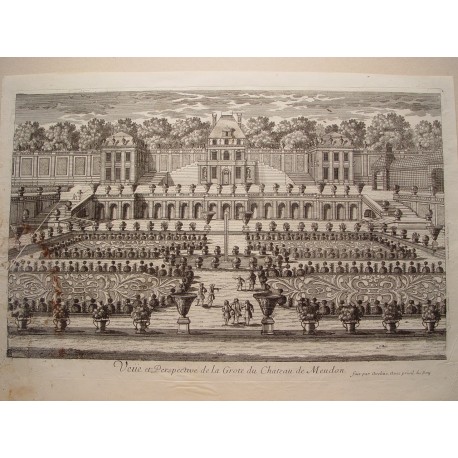 The so-called grotto in the gardens of the château of Meudon, a grand building consisting of a central pavilion flanked by two monumental staircases. It was engraved by Pierre-Alexandre Aveline (c.1656 -1722), who was also a print publisher and seller. He probably trained with Adam Pérelle and, like him, specialized in topographic representations. He produced many views of Paris and of provincial, European and African cities, mixing etching and line engraving. In 1685 he obtained a royal license for ten years, authorizing him to reproduce views of royal residences.